The annual meeting of the Columbian Club will be held immediately after the August 10th Council meeeting to elect three new Trustees (to 3-year terms) and to listen to the annual reports from the President and Treasurer. The meeting and election is open to all members of Council 3814. After the election, the 11 Trustees will then elect the President, VP, Treasurer, and Secretary for the upcoming year.
Thanks for the support and dedication of the outgoing Trustees: Don Barba, Graham O'Brien, and Jeff Walters.
Posted by K of C St. Joseph Council 3814 at 12:10 PM 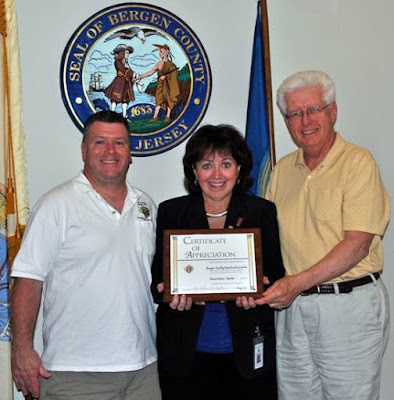 Office of the Bergen County Executive

Past Grand Knights, Jim White and Paul Noonan from the Knights of Columbus Oradell/New Milford Chapter #3814

presented Bergen County Executive Kathleen A. Donovan with a plaque of appreciation for the ongoing support it receives from the county.

The presentation which occurred on June 30th at One Bergen County Plaza in Hackensack, was given in recognition for the support Bergen County has provided to the chapter. Golf green fees and family passes to Van Saun’s Zoo were donated by the County for charity fund-raisers.

The St. Joseph’s chapter located in New Milford wanted to give back to those groups that have supported them through the years.

“All of those people that have taken care of us through the years deserve recognition”, said Paul Noonan.

“We have received many gifts throughout the years for our charity events, from the local store merchants to the pro teams like the Devils and the Nets. This year we wanted to say thanks.”

Mr. Noonan completed his term as Grand Knight on June 30th and today began his new role as Faithful Navigator for the Assembly.

Jim White and Paul Noonan from the Knights of Columbus Oradell/New Milford Chapter #3814
presented Bergen County Executive Kathleen A. Donovan with a plaque of appreciation for the support it has received from the County.

Knights march at the 4th of July Parade in Oradell 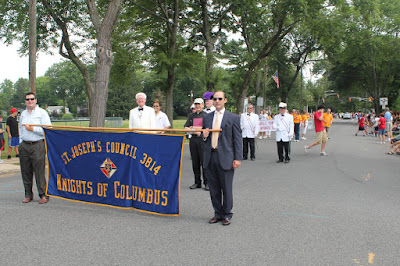 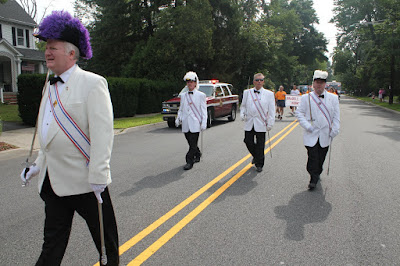 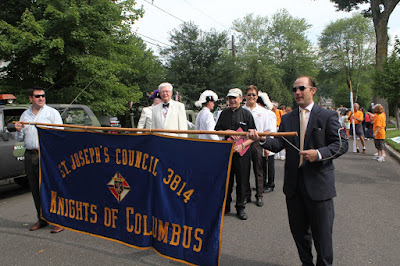 The Knights marched at the 4th of July Parade in Oradell.