All boys and girls ages 10 to 14 are invited to participate in the Council Level competition.

All participants will be recognized for their participation in the event. Each respective age division winner will proceed to the District competition.

All participants are required to provide proof of age and written parental consent. Age eligibility is determined by the age of the contestant as of January 1, 2013.

GIVE IT A SHOT!

Memorial Mass for our brother Knights who have passed away

Come to Coogan Hall on Thursday November 8 at 7:30pm for a Mass to remember all our brother Knights who have died over the years.  It would be great to see you there.
Posted by K of C St. Joseph Council 3814 at 4:56 PM

Members of the Council will be outside after Masses at St. Joseph  during the weekend of Oct 20th and 21st answering questions and giving out information on how to be a Knight.   We will also have an Open House on the Monday Oct 22 at 7:30pm at the Council for anyone interested and could not meet after Masses.
Posted by K of C St. Joseph Council 3814 at 4:52 PM

Knight at the Races June 9th

St. Joseph Council No. 3814 of the Knights of Columbus is hosting a Nite at the Races fundraiser on Saturday, June 9th at the K of C Hall in New Milford. Imagine watching nine actual horse races on a huge 12-foot screen and cheering your favorite horse to the winner’s circle. With more than $1000 worth of prizes, and a menu of hero sandwiches, salads, tap beer, and dessert, it’s a great deal for only a $20 entry fee. And this year we start the evening off with a live race – The Belmont Stakes! Doors open at 5:30 PM. Bring your own hors d’oeuvres. Contact Paul Noonan at 201-265-4452, or Jeff Walters at 201-925-7174.
Posted by K of C St. Joseph Council 3814 at 9:55 AM

The council will be holding their annual membership drive after masses at St. Joseph Parish on Saturday April 14 and Sunday April 15. Members of the Knights will be available to answer questions and accept applications for the order at the Harrison St Entrance after the following Mass times:

Why Join the Knights of Columbus?

Hear what Knights have to say in their own words about their membership in the world's largest Catholic family service organization. "Experience of a Lifetime" (running time, 10:59 min.).

St. Joseph Council No 3814 is pleased to announce that $500 Scholarships will be awarded to two 8th graders planning to attend a Catholic High School in the fall of 2012. Eligible scholarship applicants must be registered with St. Joseph Church in Oradell, NJ or Ascension Parish in New Milford, NJ. Selection will be based on both subjective criteria and weighted, objective criteria. These include extracurricular activities focusing on service to the church, school and community and an essay on the value of the Knights of Columbus principles of Charity, Unity, fraternity and Patriotism.

Competed applications must be returned to St. Joseph council and postmarked no later than Monday, April 16, 2012. Winners will be notified in May. Applications can be downloaded from our website from the link on the left column of the page or by clicking this link. For additional information contact Jeff Walters at 201-925-7174
Posted by K of C St. Joseph Council 3814 at 5:10 PM

Our Annual Youth Free Throw Championship winners competed at the District playoffs on Feb 4th. Our District winners Caroline Stoff - 11, Claire Burke -14 and Christopher Murrary -12 advanced to the Regional playoffs at Felician College Rutherford, NJ on Saturday March 17, 2012. Congratulations and best of luck to all!
Posted by K of C St. Joseph Council 3814 at 5:06 PM

Sign the Petition! Stop the violation of our beliefs as Catholics! 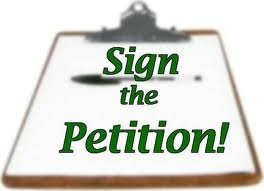 We Petition the Obama Administration To:

Rescind the HHS Dept. Mandate Requiring Catholic Employers to Provide Contraceptives/Abortifacients to Their Employees
The present Administration, through the Health and Human Services Department, is mandating that all employer healthcare insurance plans provide coverage for procedures which violate the beliefs of the Catholic Church, and Catholic institutions.

Basically, the new rules require the Catholic Church, and the institutions operating faithfully under the aegis of the Church, to provide coverage for contraceptive drugs and procedures. This requirement violates the beliefs of the Church.

Never before has the United States Government deigned to represent "transcendental truth" on matters of conscience for any religion within these United States. That in itself is unprecedented, which is also why it is unconstitutional.

Sign to Let the present Administration know that this mandate cannot stand.
Posted by K of C St. Joseph Council 3814 at 10:00 AM 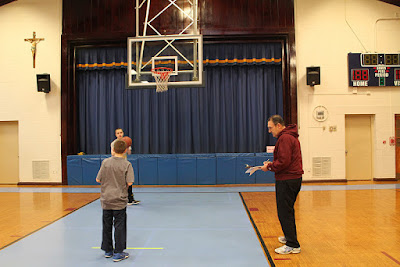 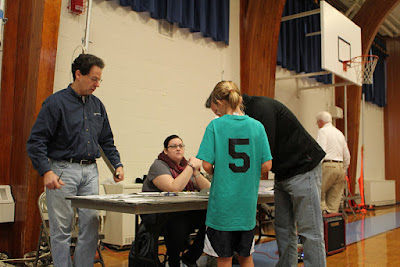 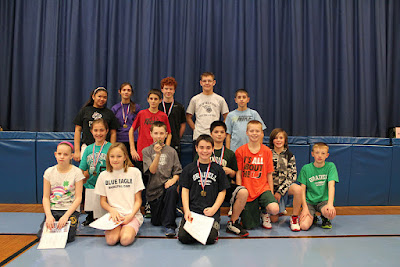 The Knights of Columbus Council #3814 St. Joseph of New Milford/Oradell hosted their annual Council Youth Free Throw Contest on Saturday January 14th 2012 at St. Joseph’s School gym in Oradell. The event is open to all boys and girls in the community, ages 10 to 14 of age. Each contestant received 15 free throws and the best score from each age category and gender will represent the community at the next stage of the contest at the District #14 Championship on Saturday February 4th 2012 at St. Joseph Gym in Lodi. After the District Championship, winners from each category will move on to the Regional Championship and culminate at the State Championship in March. The event was a complete success and was made possible by volunteers from the Oradell/New Milford communities and Knights of Columbus council members. We, also had two past State Champions return and volunteer their time. Anna Kohli age 12 State Champion from 2008 / Troy Hughes age 14 State Champion from 2010.

The following are the winners from each age category:

Every participant received a certificate of participation from the Knights of Columbus Council 3814 and a free meal voucher courtesy of Burger King of New Milford. The winners received a medal and special recognition at the end of the event. The Knights encourage youth in the area to compete next year and help represent their community at the State level. The council is very proud of of this year’s winners from each category and wishes them luck at the District #14 championship and possibly the Regional and State Championship in the future.

To view the rest of the album view here: